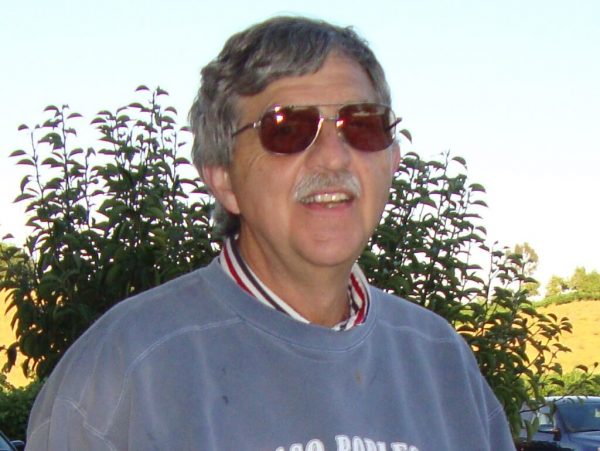 Soon, voters will receive sample ballots and information for the November election. Many important decisions will be made this year concerning national, state, county, and city issues. I am focused on the proposed sales tax increases; primarily the city of Paso Robles.

It is my belief that Paso Robles, and probably other SLO County cities, rely on a very compliant and complacent public. The cities expect the voters to be compliant and believe everything they tell you or just don’t take the time to understand the issues and make a very well-thought out decision on how to vote.

Or even to be so complacent as to not vote at all.

Voting is one of the most important obligations we have as citizens. I still believe your vote can make a difference; so I urge everyone to make the effort to do this. There are close to 17,800 registered voters in Paso Robles. Hopefully, there will be a very large turnout.

Due to COVID-19, California will be mailing every registered voter a mail-in ballot by early October. It is very likely that most of the issues will be decided well before the election on Nov. 3; even though it will take several days to tabulate the votes.

The cities are expecting many everyday citizens will not vote and that they will be able to get their ballot items passed with just the 50 percent plus one actual voters; not of those who could vote. The cities will insure the voters supporting their position will vote.

Don’t be one of those who wakes after Nov. 3 and says “Oops, I should have studied the issues more and voted accordingly” or even voted at all.  And then you realize you will be living with that decision for a long time.

All cities in SLO County, except Arroyo Grande, will have ballot measures to increase sales tax. Arguments for this are because cities are very short on the revenues required to provide necessary basic services to their residents. More police, more fire protection, faster EMS response times, street maintenance, etc. That may be true; repeat, may be true.

But where is the hard; based on real facts; data that support those arguments. Based on information from reading and listening to presentations from the Paso Robles City Council meetings; there are no proven facts to support this tax increase.

I would suspect similar situations exist in all other cities. A more likely and logical reason for a sales tax increase is because all cities are losing millions in revenue due to COVID-19 and are in desperate need for revenue so they can continue doing business as usual.

Paso Robles has spent thousands of tax-payer dollars (dollars that are in very short supply – according to them) to conduct several community ‘surveys’, mail out multiple glossy flyers, etc. – basically used tax-payer money to convince tax-payers to tax themselves more.

The results of the latest survey, taken in Nov. 2019 and updated in July 2020, were very similar to the one taken in 2018. As could be expected, a majority of survey takers believed safety was most important; a slight majority thought city had some need for additional funding.

But the questions that were not asked included:

1. Is this the right time for asking residents to take on an additional tax burden?

2. Can some of the ‘necessary’ wants be delayed until COVID-19 is under control?

Doesn’t this indicate that the city government is not being a good steward of our money? Perception can be reality and the perception of how out city governments do business and spend our money is not real good.

Residents of Paso Robles, and probably most other cities in SLO County, have seen their water, sewer, and trash costs increase over the past year.

Many people have lost their source of income; but still must pay mortgages, rent, buy food/clothing and other necessary household expenses. Shouldn’t we expect our city governments to recognize this and tighten their own belts a little tighter? And shouldn’t we expect them to make real efforts to find other sources of revenue; if there is a desperate need?

Furthermore, Paso Robles City Council wants this sales tax increase to be put into the general fund – to be used on whatever and however the city decides. Not only does this allow the tax increase to be passed with only 50 percent plus one vote; it does not absolutely require city to use these funds for any of the priorities that the expensive surveys indicated the residents wanted.

The tax initiative is written in such way to convince voters that it would be spent on certain things; but given the revenue losses due to COVID-19, one should seriously question that premise.

This is a real stretch, three ifs do not add up to reality.  Our city’s PPC rating has been the same for past six years – has your property fire insurance remained the same?

Shouldn’t we expect more than something like this from our city?  Paso Robles has some of the most highly compensated employees when comparing cities are similar size or of similar number of employees. Also, from state data files, the top 25 city of Paso employees have an average total compensation of almost $200,000.

Leadership – true leadership – starts at the top.  We should demand much more of our city governments.   To spend our money more wisely and to find other sources of revenue, such as –

Residents of the seven largest cities in SLO County pay several hundred million in property tax each year. State law requires property tax to be returned to the counties from which it was collected; where it is allocated out to the cities and over a hundred different agencies.

The cities share is about 14 percent. Many cities in other California counties receive 20 to 24 percent of their residents’ property tax.  There are many reasons for this disparity; some are probably significant.  But just think:

1. Is there any city government in any SLO city that would not like to receive a larger share of the property tax paid by their city residents?

2. Is there any resident of any city in SLO County that does not believe more of their property tax should be used for their benefit?

Just 1 or 2 percent more would be several million dollars and make an added sales tax unneeded.

The question of the percentage of property tax returned to cities was raised at the July 21, 2020 Paso Robles city council meeting and again at the Sept. 1 meeting. And probably before that, but nothing concrete has been done. As would be expected, the answer has always been no.

Admittedly, getting a larger share of the property tax paid by city residents returned to their cities would be a major undertaking.  Issue has been around for over 25 years. But isn’t that one of exact reasons we elected the people we have on our city councils?  To fight the tough fights – to not take no as the answer. Not to say “Sorry, this is too big of a task.”

Instead they prefer the easy way and just get more tax money from their residents. We need city governments that are willing and able to take on the ‘status quo’ and really fight for their residents.

The Transient Occupancy Tax (TOT) rate in Paso Robles is 10 percent. There is an additional 3 percent for various tourism marketing expenses. The city ‘collects’ this, then passes it on to Travel Paso.

But many other cities have higher TOT – 14 to 15 percent in many places, which are not as reliant on tourism as Paso Robles.

Two questions should be considered:

1. Why shouldn’t the tourists that visit our destination city pay a higher share? They use our streets and they are protected by our police and fire departments.

2. Why does the added 3 percent TOT for marketing have to be augmented by additional monies from the city? Wine Country Alliance, Travel Paso, Chamber of Commerce, Main Street Association all get city money to further promote tourism. How many organizations are needed to promote tourism? And shouldn’t they be self-funded?

The city has stated that much of the proposed sales tax increase would be paid by tourists, but with no solid data to back that up.  Based on ‘feelings’ or ‘our best estimate’ or ‘other studies have found’ statements; this percentage ranges from 20 percent to over 40 percent.

The real issue of higher TOT is not the actual amount of revenue this would bring in – but it would be a real statement to the residents that we are really all in this together. If you choose to enjoy what this city offers; you should be expected to help pay the costs.

Don’t let the cities overwhelm you with their ‘fear-mongering’ or ‘gloom and doom’ statements about all the services us residents will not receive if we do not tax ourselves more.

I am not suggesting you accept my opinion as fact; but don’t just accept the cities view as absolute fact. Study, understand, investigate and make a well-informed decision. Do not be compliant – do not be complacent. And please vote.

Lastly, I would like to include a statement that I read in some comments on other stories concerning cities and how they operate financially. Went something like this:

Vote no on J-20. Vote no on all sales tax increases. City governments need to understand that residents’ pocketbooks do not belong to them and have to stop expecting they can do business as usual and continually have the residents pay more. A better way is needed.