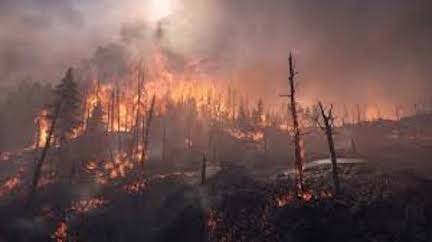 The Dolan Fire that started near Big Sur jumped containment Tuesday morning, destroying a Los Padres National Forest ranger station and injuring 14 firefighters, one of whom is in critical condition.

At about 8:30 a.m., with the blaze threatening the Nacimiento Station in southern Monterey County, 14 firefighters became trapped and deployed a shelter. But, the fire engulfed the station and caused all 14 firefighters to suffer injuries, including burns and smoke inhalation, according to the United States Forest Service.

Shortly afterwards, a helicopter airlifted three of the injured firefighters to Community Regional Hospital in Fresno. While one firefighter is in critical condition, the other two firefighters airlifted to the hospital are in fair condition.

It is unclear how injured the other 11 firefighters are.

As of Tuesday afternoon, the Dolan Fire has burned 73,089 acres and is 40 percent contained. Last month, Monterey County detectives arrested a Fresno man on arson charges for allegedly setting the Dolan Fire.