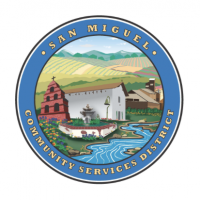 A San Luis Obispo judge sentenced a former San Miguel Community Services District bookkeeper to 180 days in jail on Thursday for theft of $38,000 from the North County CSD.

Kallie Johnson, 30, stole San Miguel CSD funds between June 2015 and Nov. 2015 while working as the district’s bookkeeper. Johnson manipulated the district’s payroll system to increase her paycheck. The then-district bookkeeper increased her paycheck 11 times by amounts ranging from $2,000 to $4,000.

Johnson pleaded no contest to felony misappropriation of public funds and felony embezzlement of public funds. The maximum sentence for her conviction was four years in prison, and the SLO County DA’s office sought a punishment of at least one year in custody.

But, Judge Hernaldo Baltodano sentenced Johnson to just half a year in the SLO County Jail. Baltodano noted Johnson had served in the military, was making efforts to pay restitution and had no significant prior criminal history.

During Thursday’s sentencing hearing, San Miguel CSD Board President Ashley Sangster spoke about the harm Johnson caused to the reputation of the district and its employees.

“While the sentence is less than we had hoped for, we can all be thankful that she’s receiving punishment for shattering the trust of this community and stealing the resources of the district,” Sangster said in a statement following Johnson’s sentencing.

“The public has a right to expect that all government officials, whether employees in small local districts or state agency officials, will serve the public and protect our valuable public resources,” said District Attorney Dan Dow. “Ms. Johnson abused her position by stealing from the residents who live in San Miguel and we will not allow public corruption in any form to go unpunished in San Luis Obispo County.”