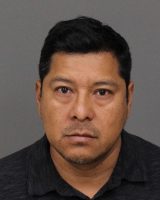 Nancy Woodrum, 62, who operated The Strand salon in downtown Paso Robles, went missing in May 2018. In Dec. 2018, investigators determined DNA evidence in the case matched Carlo Alberto Fuentes Flores, a painter who Woodrum had hired to do work at her home. Fuentes Flores then the led investigators to Woodrum’s body in a rural area off Highway 58 in eastern SLO County.

Fuentes Flores, a 44-year-old Paso Robles man, is charged with first-degree murder and enhancements for committing the crime amid a rape and burglary.

Woodrum had hired Fuentes Flores to paint the deck of her home in the week leading up to her disappearance, according to the SLO County District Attorney’s Office.

During a multi-day preliminary hearing last week, a sheriff’s deputy testified about finding blood stains on the carpet, bed, pillows and nightstand inside the studio unit at Woodrum’s Paso Robles home. [Tribune]

After investigators questioned Fuentes Flores about the murder, he admitted to arriving at Woodrum’s home, raping her, hitting her in the face and suffocating her with his hand, Sheriff’s Detective Clint Cole testified later during last week’s hearing. Cole said Fuentes Flores then led investigators to Woodrum’s remains in the Carrizo Plain. 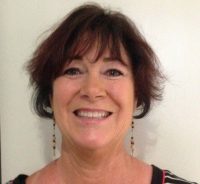 Photos show Woodrum’s bones, including her skull and jaw, which were mostly intact, were lying in a grassy field about 100 yards away from Highway 58.

Judge Matthew Guerrero ruled at the conclusion of the preliminary hearing enough evidence exists for Fuentes Flores to stand trial.

Fuentes Flores faces the the possibility of life in prison without parole if convicted of the murder charge and enhancements. The defendant has remained in custody in the SLO County Jail since his Dec. 2018 arrest.