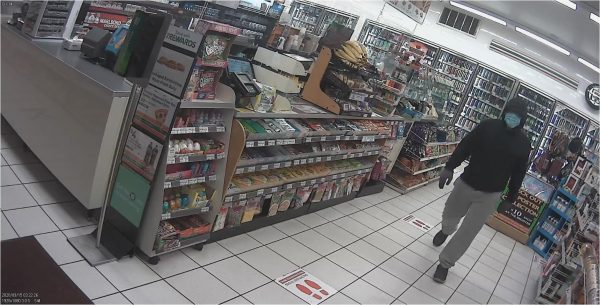 Santa Barbara County Sheriff’s deputies are searching for a man who robbed a 7-Eleven in Orcutt early Tuesday morning.

At about 3:25 a.m., the suspect entered the store, threatened the clerk with a gun and fled with an undisclosed amount of cash, according to the Santa Barbara County Sheriff’s Office. Deputies arrived at the scene but failed to locate the suspect.

Officials describe the suspect as a man between the ages of 20 and 40 with an average height and build. The suspect was last seen wearing a blue surgical mask, a dark colored hooded sweatshirt, gray pants and gray shoes.

Anyone who has information about the robber’s identity is asked to contact the sheriff’s office at (805) 681-4100 or email Detective Esparza at rne3541@sbsheriff.org.