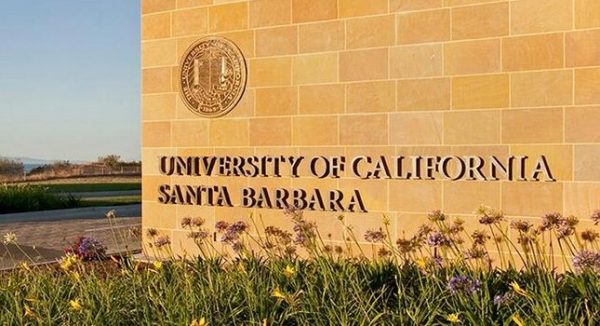 The UC Santa Barbara chief of police grabbed the buttocks of a 19-year-old college student, slid his hand up her back and whispered in her ear, according to a lawsuit filed this summer in Santa Barbara County Superior Court. [News Press]

A Ventura law firm filed the suit on July 31 on behalf of a woman referred to in the complaint as Emily O. The lawsuit names outgoing UCSB Police Chief James Brock and the Regents of the University of California.

Brock was serving as the campus’s interim police chief at the time of the alleged sexual battery. Last week, UCSB announced it hired a new permanent police chief.

On Aug. 3, 2019, Emily O., who was both a UCSB student and employee, was getting lunch at the De La Guerra Dining Commons on the college campus. Brock, who was in uniform, came up behind Emily O., grabbed her buttocks, slid his hand up her back and whispered in her ear, according to the lawsuit.

Emily O. reported the incident to a coworker and her supervisor, as well as to law enforcement. She also filed a Title IX complaint on or around Aug. 16, 2019.

The lawsuit states Emily O. has continued to face ongoing threat of harassment since the incident, but the UC Regents have not taken corrective action or instituted measures to protect her from further harm.

Emily O. is receiving ongoing treatment and therapy for the emotional distress she suffered. The incident has impacted her daily activities and her ability to access her educational opportunities asa student at UCSB, the lawsuit alleges.

On April 27, 2020, UCSB’s Title IX office sent the alleged victim a letter stating her claim was unsubstantiated. The letter also stated she would not receive a copy of the report, which denied her an opportunity to review the basis of the determination, according to the lawsuit.

The lawsuit argues the Title IX office failed to timely conduct an investigation into Emily O’s complaints, causing severe and irreparable harm to her mental health, wellbeing and equal access to education. Furthermore, the plaintiff’s due process rights were violated by not receiving a copy of the Title IX report, the suit states.

Additionally, the lawsuit alleges negligence and violation of the Unruh Civil Rights Act, the Fair Employment and Housing Act and Title VII.