Video footage has surfaced on social media showing a large group of students, some suspected to be attending Cal Poly, partying at Pirate’s Cove on Saturday.

Barstool Cal Poly, an affiliate of the blog Bar Stool Sports, posted video clips on Instagram showing students huddled closely together at Pirate’s Cove and surrounding two females doing a mock football drill. In the video, the two females begin lying on sand or mud, one holding a football. 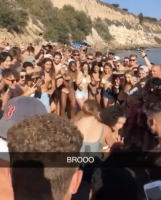 They then get up and collide with each other in similar fashion as is done in an “Oklahoma Drill” conducted at football practices. Both females fall to the ground after colliding.

Onlookers who were huddled around the females are seen jumping up and down, bumping into one another and screaming after the mock football drill.

Additionally, a photo taken from above Pirate’s Cove that day shows a large crowd gathered on the beach. It is unclear how many of the individuals gathered at the beach on Saturday are Cal Poly students.

The Tribune reports Cal Poly has launched an investigation into the beach gathering.

Cal Poly spokesman Matt Lazier told the Tribune students who do not follow the university’s coronavirus rules, which include physical distancing and wearing face coverings, can face sanctions up to suspension or expulsion. As of last week, the university had suspended one student for violating coronavirus rules and was in the process of suspending another one.

Student coronavirus cases at Cal Poly are currently on the rise. As of Monday, a total of 113 Cal Poly students have tested positive for the virus since July 8. Of the 113 cases, 92 are students living off campus and 21 are students in on-campus housing.

There are currently 12 students living on campus who are in isolation. 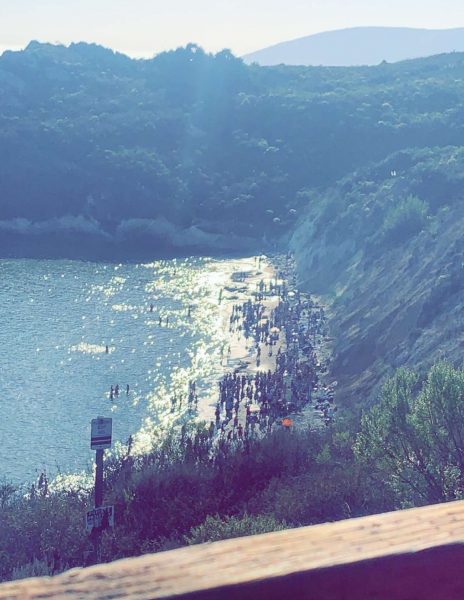