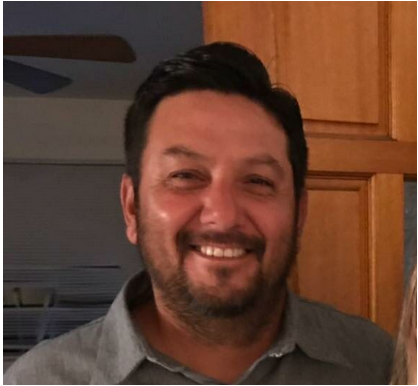 A Grover Beach City Council candidate has a long criminal history that required him to register as a sex offender for five years.

Both a former spouse and a cousin have accused 44-year-old Fred Buenrostro of rape. In both cases, Buenrostro agreed to plead to lesser charges.

Buenrostro’s issues with law enforcement started when he was 23 years old with a driving under the influence charge that was pled down to reckless driving. Seven months later, he was again arrested for DUI, and sentenced to 20 days in jail, according to court documents.

A year later, on Dec. 10, 1998, he was charged with driving without a license and sentenced to 10 days in jail. From 1999 through the end of 2002, Buenrostro was convicted of using drugs, obstruction of an office and another DUI, according to court records.

In 2003, his then wife left him, but he found her and their one year-old daughter in public and forced them into his truck, according to court records. With their daughter sitting between them, he punched his wife in the face before forcing her to perform oral sex, according to a statement the ex-wife made to the court.

In the end, he pled guilty to corporal injury on a spouse and for violating a restraining order, and was sentenced to 75 days in jail.

In 2004, SLO police officers arrested Buenrostro at the Graduate following a physical altercation.

In 2008, Buenrostro was sentenced to 10 days in jail for another DUI.

In 2010, one of Buenrostro’s cousins reported he had raped her after they stopped by Mongo’s Bar and Grill in Grover Beach for drinks, according to court records. A rape examination revealed bruising on the victim’s arms and legs and a bald spot on the side of her head.

Buenrostro pled guilty to false imprisonment with an enhancement for causing great bodily injury. He was sentenced to 180 days in jail and required to register as a sex offender for five years.

On Aug. 4, Buenrostro filed papers to run for a two-year seat on the Grover Beach City Council.

On Sept. 29, he filed a motion with the San Luis Obispo County Court asking that his felony charges be reduced to misdemeanors. His former victims are opposing his request.