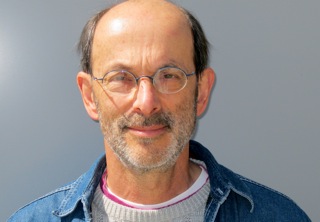 This was carefully planned. Your tax dollars financed it. Consultants prepared the “eight reasons” after polling us repeatedly to discover how to sell a new tax. This culminates 15 years‘ shenanigans by our city to “educate” us to raise our sales tax. Now, after two half-cent taxes with built-in termination dates, the city goes for gold – a new tax three times as large and lasting forever.

The wording of the pro-G arguments – and wording on the ballot itself — is the product of consultants who emphasize their “poll-tested” scientific messaging must not be messed with.

I stumbled on this saga of city mischief the last time we had a sales tax election. As I poked through documents, my head began to spin, and I wrote a definitive article, “Measure Y and Measure G Propaganda Machine.” Google it. The activity described there continues in spades to today.

The tax election game goes like this. City staff hires consultants. There are polling consultants and election consultants. The pollsters start phoning us, seeking to find what we like our tax dollars to finance. Open space is always on top, a new police station a non-contender.

Polling’s Phase 2 weeds out items with lukewarm support from those with stronger support. Consultants also research a particularly odious form of manipulation, determining what city services they can threaten to cut to snare our votes. They end up with a list of things we like and things we’re scared to lose.

Then come election consultants who poll-test various wordings and combinations of things, to find what “messaging” is “most effective.” They prepare strategy plans, “educational materials,” articles to plant as op-eds in newspapers, publicity releases, ballot arguments, and ballot wording. They imply the tax will finance things pollsters found we like, or things we’re scared to lose – despite the fact all such implications are meaningless because general tax funds cannot be allocated to any specific use. But the implications do what they’re for – like convincing voters who don’t like creek pollution Measure G will stop creek pollution.

Finally, when the city places the tax measure on the ballot and it becomes illegal for the city to continue “educating” us, the consultant’s stuff is handed to a “citizens committee” that runs a campaign. This year’s committee is a cabal of developers and Chamber of Commerce types engaged in mutual back rubbing with city staff. Developers expect the city to pick up costs of development previously borne by developers – a use of Measure G revenue not mentioned in the propagandists’ list of uses. The Chamber got front-seat influence in determining how Measure G income gets spent. Of course, voters aren’t supposed to know this, and the local news media oblige by not reporting it.

If you’re thinking this endless consultant work sounds costly, you’re right. To date the city has spent close to a million dollars on consultants — to convince us, for example, if we don’t vote right the city will have to cut paramedic services. Then, after such expenditures, the city cries it lacks funds. Think about all the good stuff those consultant payments could have done if applied to actual civic needs.

So the discussion around Measure G gets weird.

Important things are left out. For example, our current sales tax continues till 2023, so there’s no rush to replace it. But, we are told, it is urgent we act NOW! If we don’t, we may wake up to not having a fire department.

Also left out of the discussion is Proposition 15, on the same ballot as G. Prop 15 would reassess business properties to produce a revenue windfall for local governments and school districts – upwards of $7 billion yearly. Polls suggest a good chance it will pass. Cities salivate over this. San Jose expects $77 million. SLO? Our city manager told me he has no idea what Prop 15 means for SLO. Really? More believable is that any mention of Prop 15’s potential windfall interferes with the official consultant-designed line about the urgency of passing G, so mum’s the word.

After city staff decided to go for G, something unexpected happened – Covid 19. That, however, became campaign manna from Heaven. It enabled a new claim – that the city was so financially devastated by Covid we must urgently triple our sales tax forever, right away. This was a tried and proven manipulative ploy. In previous sales tax elections the city moaned the state had stolen its money, even though the annual amount taken at the time of the first tax election was equivalent to a mere rounding error in the city’s huge budget, and at the time of the second election was distant history, but still played well with voters who knew no better. The city has learned: we’re nice people, and if told a monster has eaten city finances, we run to the rescue, never suspecting we’re being manipulated.

Of course, tripling the tax in response to Covid is really dumb economics. The worst economic downturn since the Great Depression, which Nobel economist Paul Krugman warns could drag on for years, is a terrible time for any consumer tax increase. Every penny middle class and lower consumers must pay in sales tax is a penny less to spend supporting the economy – a fact beyond the ken of affluent G campaigners who talk about how little it will add to their $100 restaurant bills.

The city has skirted the law by continuing to “educate” us during the campaign. Recent water bills contained consultant-written propaganda, including the lie Measure G “would provide funding to ensure … [we have] firefighter-paramedics … [to] respond to fire…” No ethical city makes this sort of mean, nonsensical threat to manipulate its voters. I call this a “lie” because Measure G revenue cannot be pre-designated for any use, not even fire-fighting, because this is a general tax that can be used for any purpose, like the lavish $15,000 per month pension of a former city manager.

After that mailer, the city sent a second slick-paper piece, ostensibly to tell us how to vote by mail – a subject not even in city purview but a county function already dealt with by others – but actually being more pro-G propaganda – ethically tenuous at best and possibly illegal.

It seems in this election game, even the city’s 15 years of costly polling, trolling, misleading, and manipulating us is insufficient, that legal and ethical boundaries must be crossed. And consultants paid. And city treasuries filled so staff has lots of money to advance their agendas.