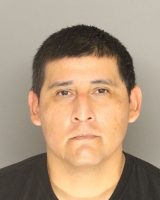 Leonel Lazaro, 36, was arrested on a Ramey warrant in Santa Maria near the intersection of College Drive and Park Avenue. A judge issued the warrant based on an investigation led by Sheriff’s Special Investigation Bureau detectives.

The investigation is ongoing.