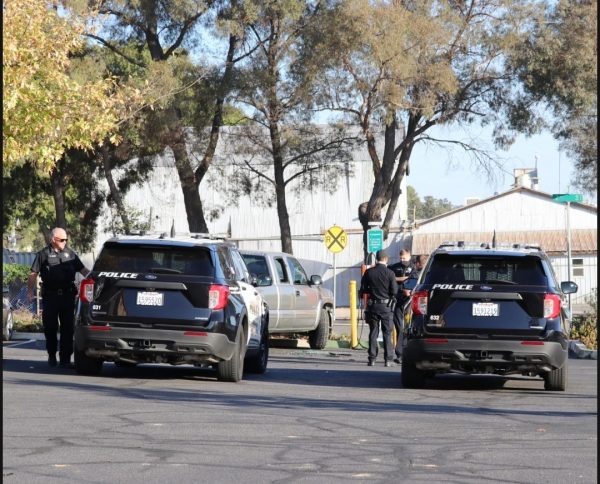 A man’s body was discovered in a truck parked outside Cool Hand Luke’s in Paso Robles Wednesday morning.

Shortly after 8 a.m., a 911 caller reported a man who appeared in distress in a vehicle in the restaurant parking lot. Paso Robles police arrived to find the body of a man in his 40s with blood dripping from his nose and his eyes swollen shut.

His truck was parked askew at a charging station. An investigation is ongoing.

Investigators are not releasing the man’s name pending notification of his next of kin.

This is the fifth body found in SLO County in less than two weeks.

Shortly before noon on Oct. 8, officers found a homeless man, who was in his 60s, dead inside a tent at a homeless encampment located along the Bob Jones Trail between Prado Road and Los Osos Valley Road in San Luis Obispo.

It appeared the man had been dead for several weeks, police said.

On the morning of Oct. 9, a body was discovered in a vehicle at the Chevron gas station near Cal Poly. It is suspected the man died from an overdose.

On Oct. 10, the body of 26-year-old Daniel Romo was discovered  in the riverbed near the JCPenney store in Paso Robles.

The body of a man in his late 30s was discovered Oct. 14  in a vehicle parked in a driveway in San Luis Obispo. It is suspected the man died of an overdose.