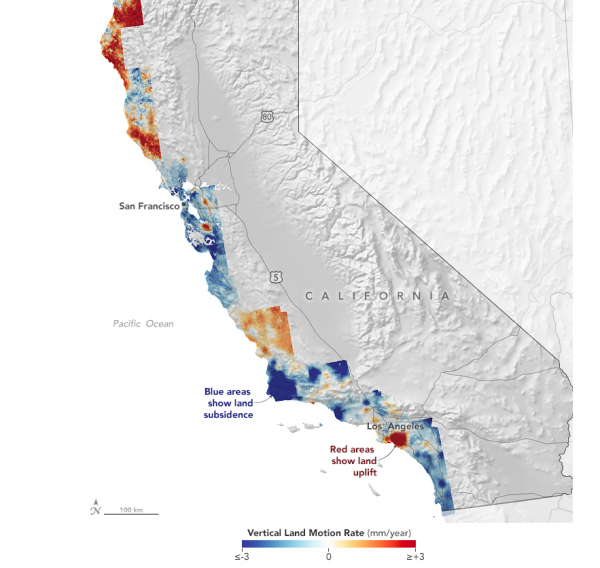 Rising sea levels do not impact all communities along the coastline of California equally, as some communities are rising while other areas are sinking, according to NASA.

Because of thermal expansion and melting ice sheets and glaciers, sea levels are rising globally at about 1 inch every 10 years. But while sea levels rise, the elevation of land masses is also changing based on factors such as the movement of tectonic plates and groundwater levels.

On the Central Coast, Santa Barbara County is declining in elevation while San Luis Obispo County is either stable or rising in what scientists refer to as vertical motion.

In Northern California, the Gordo Plate — which is located beneath the Pacific Ocean — is pushing under the North American Plate and raising the coastline a few millimeters every year.

On the Central Coast, the Pacific Plate moves north as it grinds by the southbound North America Plate, creating less uplift.

By mapping out the vertical movement of land, NASA is enabling communities to plan for rising sea levels.