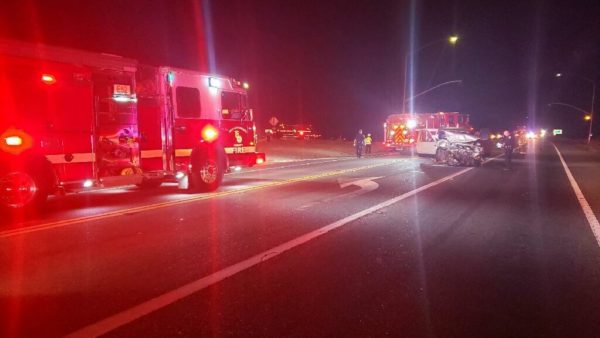 Three people were injured when an alleged drunk driver crashed head-on into another vehicle on Highway 46 outside Shandon on Saturday evening, according to the CHP.

At about 8:30 p.m., Fidel Martinez Lopez, 70, of San Miguel was headed eastbound on Highway 46 when he attempted to turn left onto Highway 41, and crashed head-on into another vehicle. Lopez suffered major injuries in the collision.

After medical personnel transported Lopez to a hospital, officers charged him with DUI resulting in injuries.

The driver and the passenger of the other vehicle, both from Morro Bay, suffered moderate and minor injuries.