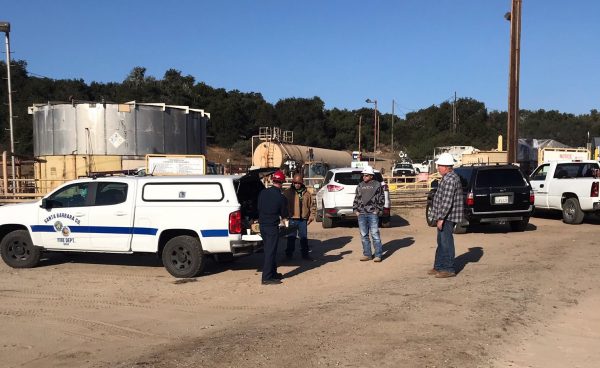 Approximately 25 barrels of crude oil spilled at the HVI Cat Canyon facility in Los Alamos Tuesday morning, but the spill did not spread into any waterway.

Shortly before 6 a.m., a caller reported the spill at 5017 Zaca Station Road, according to the Santa Barbara County Fire Department. The HVI Cat Canyon facility is located close to the Zaca Oil Field and Firestone Vineyard.

Secondary containment captured the crude oil that spilled. Fire personnel arrived at the scene and oversaw the cleanup process.