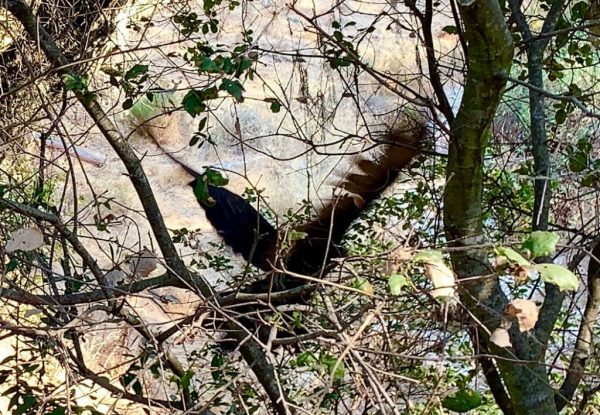 Pacific Wildlife Care released a young turkey vulture back into the wild near a creek in Atascadero on Thursday afternoon.

After rescuing the injured bird, a veterinarian put a splint on its wing and treated its injuries. Volunteers then released the vulture within three miles from where it had been rescued.

Since 1986, Pacific Wildlife Care’s members, volunteers and staff have supported wildlife in San Luis Obispo county. Locally, the group has five veterinarians on around the clock stand by, according to Sharon Blakely, a volunteer for eight years.

“We take care of all wildlife with the exception of bears, mountain lions, adult deer and snakes,” Blakely said.

Currently, volunteers are nurturing a hummingbird, who was attacked by a cat, back to health. Nationally, the group has rescued approximately 800 bob cats that were hit by cars.