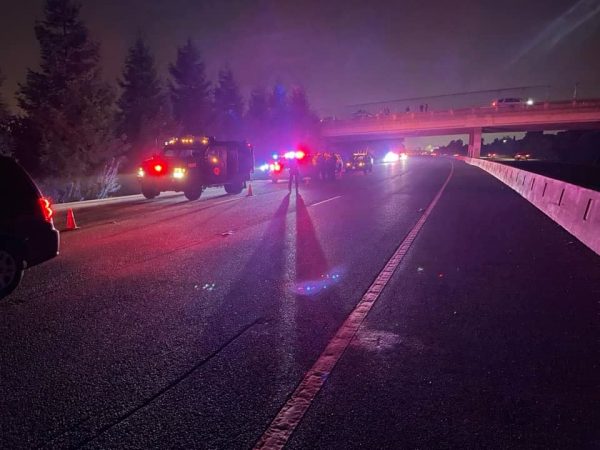 At about 5 p.m., a suspect was stopped on the right shoulder of southbound Highway 101 near Donovan and Stowell roads. While standing on the shoulder, the suspect shot at passing vehicles, witnesses said.

A victim suffered a bullet wound to the arm and received medical treatment for non-life threatening injuries, according to the CHP.

Initially, witnesses described the suspect as a heavy set black male with hair in a bun and wearing a dark colored shirt. Authorities shut down both southbound lanes of the highway, while officers launched a manhunt for the suspect.

Officers located a vehicle stopped on the right shoulder of southbound Highway 101 south near the Alvin Avenue overpass. Officers approached the vehicle and spoke with a female who was inside.

The female, later identified as Chappinette Lelani Erina K Martin, 33, told officers her vehicle had broken down and she was waiting for help. But, officers noticed bullet casings around the vehicle and detained Martin.

Martin told officers she had a gun in the vehicle. Officers then seized a loaded handgun from inside the car.

Officers searched the area for additional suspects, but ultimately investigators determined Martin was the only suspect. Officers arrested Martin for assault with a firearm. 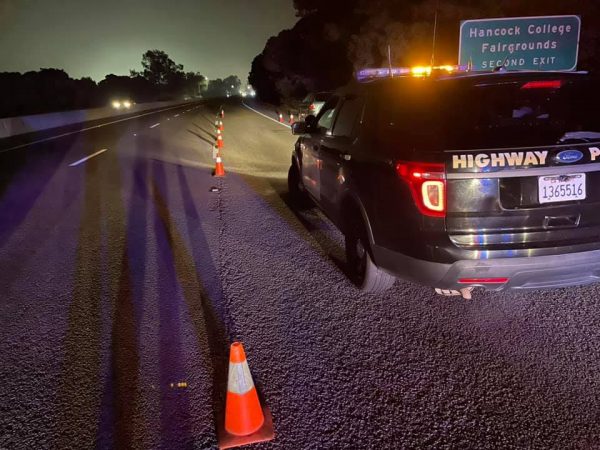