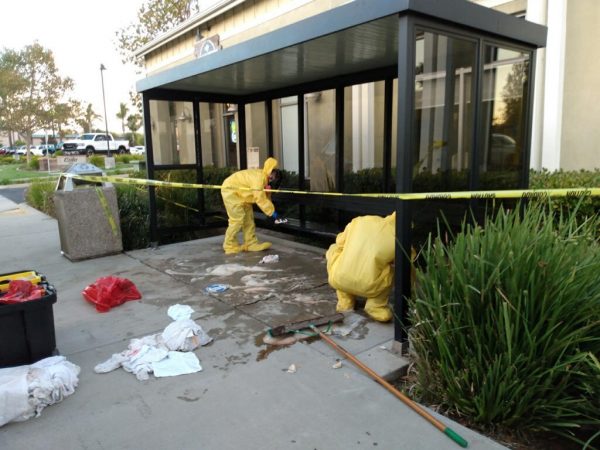 Workers in hazmat gear cleaning up blood at the bus stop

A stabbing Saturday afternoon at a bus stop in San Luis Obispo left one man hospitalized and another in jail on an attempted murder charge. Both men live in SLO. 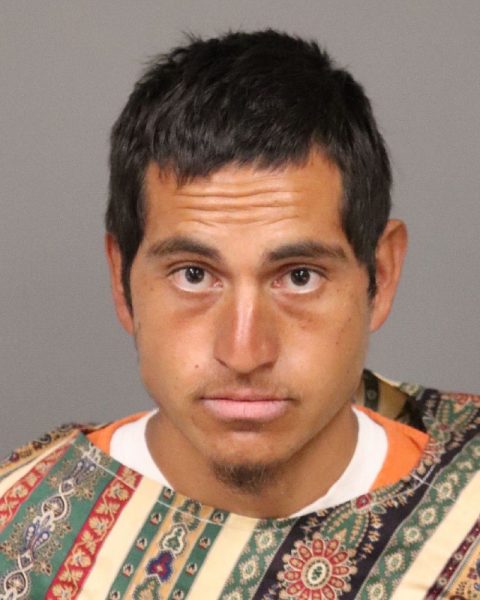 During an altercation between Israel Velasques, 28, and Jeremy Lewis, 46, near the corner of Broad Street and Capitolio Way, Velasques stabbed Lewis. The victim lost a significant amount of blood before emergency personnel transported him to a hospital.

Lewis is expected to survive.

Officers arrested Israel Velasques on a charge of attempted murder and booked him into the San Luis Obispo County Jail on a no-bail hold.

Police are asking anyone with information about this incident to call San Luis Obispo Investigator Miguel Lozano at (805) 594‐8011.