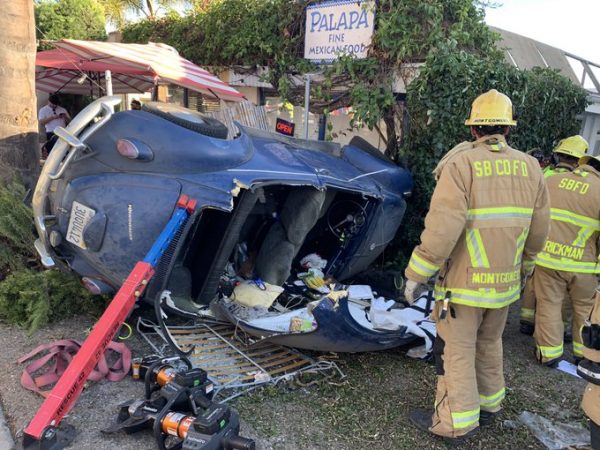 Firefighters extricated the driver of a Volkswagen Beetle who became trapped in his car on Thursday after crashing and rolling over on the outskirts of Santa Barbara.

Shortly after 3 p.m., the driver lost control and crashed near the intersection of State Street and Highway 154. The Beetle crashed into the side of a Mexican restaurant.

No one at the restaurant suffered any injuries. The cause of the crash is under investigation. 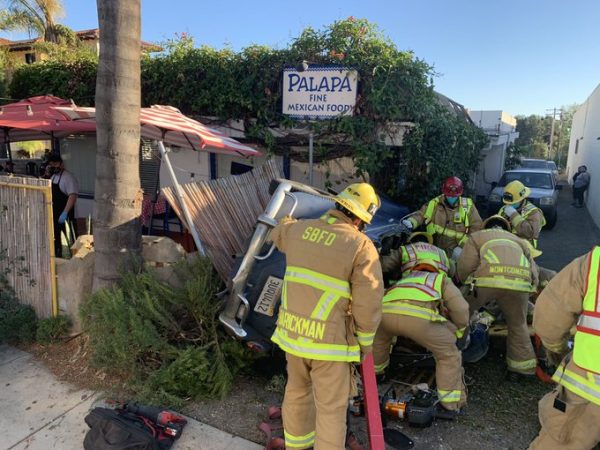