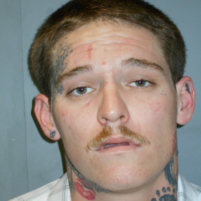 Santa Maria police are searching for a 27-year-old man who shot at a police officer on Saturday afternoon.

The officer recognized Dustin Morales, who is wanted for previous crimes, walking near the River Ranch condo complex on Grant Street. When the officer attempted to detain Morales, he instigated a physical confrontation before shooting at the officer.

The bullet missed the officer. Morales, who is now wanted for attempted murder and carjacking, fled the scene.

Investigators warn Morales is armed and dangerous and should not be contacted by the public. They are asking anyone with information about Morales to call 911 or contact the Santa Maria Police Department at (805) 928-3781.