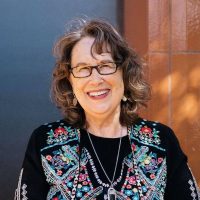 Former mayor Jan Marx has won a seat on the San Luis Obispo City Council, bringing an establishment Democrat to the primarily progressive council. With only 3,012 county ballots left to be counted, the current leaders will likely win their races.

“The outcome of this election shows that voters value candidates with
experience and know-how to guide the city through this unprecedently difficult time,” Marx said. “Every vote counted, and I am grateful for each one.”

In an eight-person race for two seats on the SLO City Council, incumbent Andy Pease and Jan Marx have won the right to set on an all woman council. Mayor Heidi Harmon easily won reelection against three opponents, taking 52.47% of the votes.

In a huge upset, garnering 35.44% of the vote, newcomer Scott Newtom won a seat on the Pismo Beach City Council against four other candidates vying for two seats, including two incumbents.

In a close race, incumbent Mayor John Headding has won reelection, currently leading his opponent John Weiss by  109 votes, or 50.81% to 49.19%.

In a field of four candidates, incumbent Councilman Robert “Red” Davis and candidate Laurel Barton have currently won seats on the council. Davis received 27.59% and Barton 26.78% of the vote.

The closest race on election night was Atascadero where five candidates battled over two spots, and Candidates Mark Dariz and Tori Keen were separated by only 40 votes. Dariz has widened his lead to 572 votes, or 24.91% to 22.57%.

Battling two newcomers, Mayor Heather Moreno has won reelection with 43.64% of the vote.

In addition, Grover Beach has a close three-way race for a single two-year council. While the race is still to close to call, Robert Robert leads David Duringer 34.44% to 33.5%, or by 51 votes.

Paso Robles held SLO County’s first by-district council election, though it was not very competitive. In the North County city’s District 3, incumbent Steve Gregory ran unopposed and was reelected to the council.