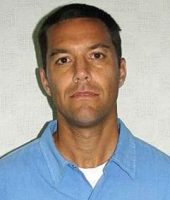 Amid his bid to get his murder convictions overturned, Scott Peterson allegedly participated in a “massive” coronavirus-related unemployment fraud scheme that enabled other inmates and him, as well as their associates, to fraudulently collect of hundreds of millions of dollars from the California Employment Development Department (EDD).

Sacramento County District Attorney Anne Marie Schubert said at a joint press conference with other prosecutors on Tuesday that of tens of thousands of local, state and federal inmates have been involved in the unemployment fraud scheme that has been occurring in in jails and prison in California.

“Every type of inmate that you can conceivably think of — murderers doing life or life without the possibility of parole; rapists serving hundreds of years at a sentence or perhaps life as well; child molesters; serial killers; and other murderers sitting on California’s Death Row. Hundreds of millions of dollars that may well amount to upwards of a billion dollars having already been paid in their names,” Schubert said. “It is perhaps and will be one of the biggest frauds of taxpayer dollars in California history.”

Unlike agencies in many other states do, the EDD did not cross-match unemployment claims against a list of prisoners, enabling inmate in California to easily exploit the system, prosecutors said.

Upon approving unemployment claims, the EDD would mail out debit cards that do not require identification for use. Individuals would go to ATMs with stacks of debit cards, extracting up to $1,000 at a time. After collecting unemployment funds, friends and relatives of inmates would send money orders to jails and prisons.

Also speaking at the press conference, United States Attorney for the Eastern District of California McGregor Scott said the federal government funded the majority of the unemployment money.

In September, the EDD temporarily stopped accepting applications for new unemployment payments amid a spike in fraudulent claims and allegations of widespread fraud. At the time, the EED said perpetrators were often using stolen identity information from national and global data breaches, as well as exploiting expedited payment efforts in the federal Pandemic Unemployment Assistance Program.

Nonetheless, prosecutors said Tuesday that inmates continued to exploit the system, even as investigators across numerous agencies probed the case.

Scott Peterson collected a currently unknown amount of money. Officials are withholding the total Peterson and other individuals fraudulently collected as they work to complete their investigation.

Peterson, a former San Luis Obispo resident, met his wife Laci Peterson while both were attending Cal Poly. In 2002, Laci Peterson, 27, was due to give birth in four weeks when she disappeared on Christmas Eve.

Nearly four months later, Laci Peterson’s remains washed up on a rocky shore off San Francisco Bay. A passerby found them a few miles from where Scott Peterson said he had gone fishing.

Earlier this year, the state Supreme Court overturned Peterson’s death sentence, finding a juror failed to disclose she had once feared for her unborn child while being harassed by her boyfriend. Last month, the State Supreme Court sent the case back to San Mateo County Superior Court to determine whether the juror committed prejudicial misconduct by failing to disclose her prior involvement with other legal proceedings, including being the victim of a crime.

Now, Peterson could be transferred from death row to the San Mateo County Jail, which has also been one of the hotspots for unemployment fraud. San Mateo County District Attorney Stephen Wagstaffe said fraudulently obtained unemployment benefits from his county’s jail alone totaled between $250,000 and $500,000.