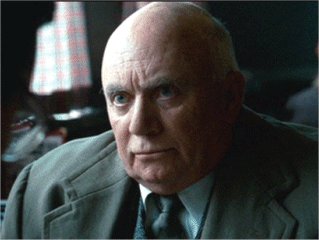 Jon Monett has a cameo part on the “The Good Shepherd”

Multiple allegations of sexual misconduct made against Jon Monett, a Cal Poly San Luis Obispo grad who went on to a prestigious career with the CIA, could derail a nonprofit he founded. [LA Times]

In 2009, Monett launched “Quality of Life Plus” at Cal Poly, a nonprofit that connects engineering students with injured veterans to develop unique solutions and build assistive devices. Since then, the nonprofit has expanded to 19 universities nationwide.

After learning of allegations of sexual misconduct against Monett, Cal Poly quietly cut ties with the nonprofit, though a lab on campus still bears the nonprofit’s logo and name.

The LA Times reviewed emails that detail at least two alleged instances of sexual misconduct by Monett in 2017, involving a former employee of the nonprofit and an unidentified woman at Cal Poly. In one case, Monett tried to force his tongue into a woman’s mouth at an after-hours event.