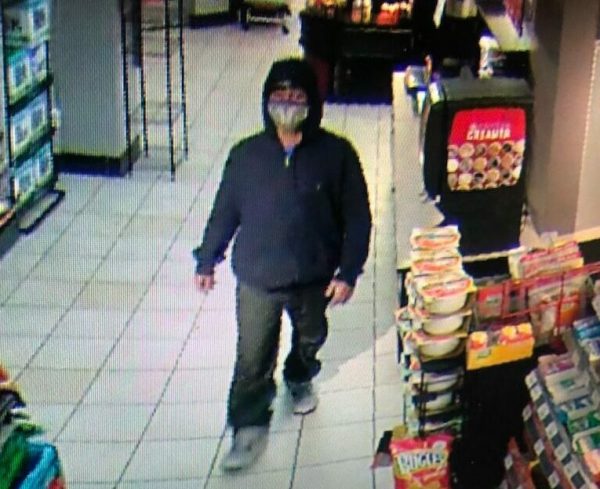 The San Luis Obispo County Sheriff’s Department is asking for the public’s help in identifying an armed man who robbed a gas station in Nipomo last week.

At 11 p.m. on Dec. 3, an armed man entered the Chevron gas station, displayed a black pistol and demanded money and goods from the clerk. The suspect made off with an undisclosed amount of cash and items and was last seen running towards Oakglen Avenue in Nipomo.

The suspect is described as an Hispanic male in his mid 20s, 5 feet 9 inches tall, with a thin build. He was last seen wearing dark blue jeans, a black or navy blue sweatshirt and a dark hat.

Investigators are asking the public for help identifying the suspect. Anyone about information about the incident or the suspect to contact the SLO County Sheriff’s Detective Division at (805) 781-4500.