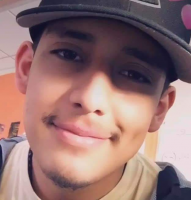 Two years following the shooting death of a teen in Santa Maria, police are asking the public for help in solving the murder.

On the afternoon of Dec. 8, 2018, police officers responded to reports of gunshots in the area of Thornburg Street and West Enos Drive and found Adrian Alvarez, 18, suffering from a gunshot wound. Alvarez was pronounced dead at the scene shortly afterwards.

Santa Maria police say detectives are continuing to actively seek information about the case. It is unclear what, if any, leads they have developed.

Anyone who has information about the killing is asked to contact the Santa Maria Police Department Detective Bureau at (805) 928-3781 ext. 2277.