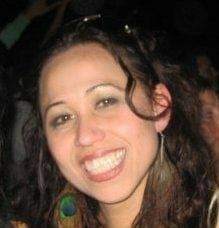 The San Luis Obispo County Sheriff’s Office has identified the individual who fell to her death off a bluff at Montana De Oro State Park on Monday as a 49-year-old Camarillo woman.

Natra Ruth Lucas fell backwards over a 70-foot cliff and onto a beach in the Spooner’s Cove area. Shortly after 4 p.m., witnesses observed Lucas walking alone on the bluff prior to falling backwards, according to the sheriff’s office.

Cal Fire personnel and State Park Rangers responded to the area, and Lucas was pronounced dead at the scene. Because of the rugged location, a CHP helicopter had to airlift Lucas’s body out of the area.

An investigation is ongoing, but no foul play is suspected in Lucas’s death. The county coroner’s unit will conduct an autopsy to determine the cause and manner of death.

Lucas was a graduate of Arroyo Grande High School, according to a Facebook group that shares information about alumni deaths.