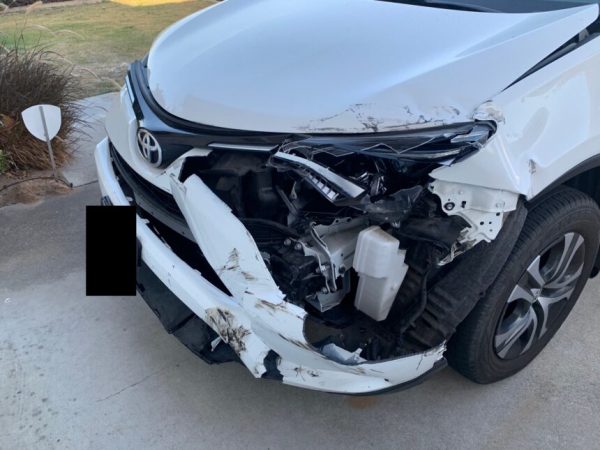 A chase that started in San Luis Obispo on Thursday morning ended in a crash and an arrest in South County.

Shortly before 8 a.m., San Luis Obispo County sheriff’s deputies spotted a suspicious vehicle at the Octagon Barn in SLO. While deputies were attempting to make contact, the driver sped away.

Law enforcement officers from multiple agencies followed the stolen car as it headed south on Highway 101.

The man drove the car into Grover Beach on Oak Park Boulevard, where he caused a non-injury accident at the intersection of Oak Park Boulevard and Newport Avenue, police said.  Officers then gave up the chase.

After spotting a man who matched the suspect’s description, Grover Beach police officers arrested 36-year-old Abraham Robert Finnhowell and booked him into the SLO County Jail on multiple charges including resisting arrest, reckless driving, driving a car without consent, receiving stolen property and possession of a controlled substance.