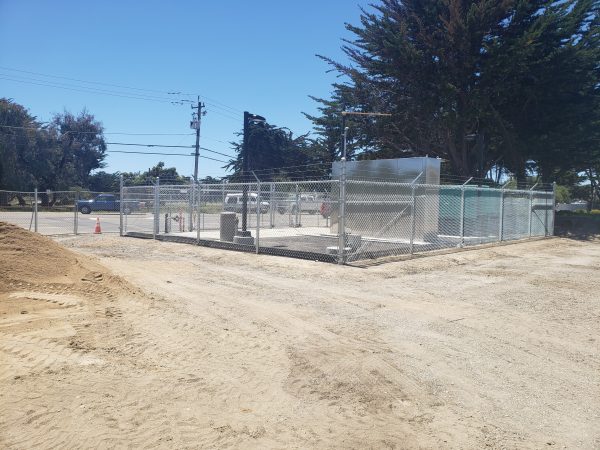 A contractor filed a petition with the San Luis Obispo County Superior Court that accuses Pismo Beach city officials of threatening harm to his business unless he paid the city money they were not entitled. After Vince Lopez refused, the city filed a disbarment action.

For months, V. Lopez Jr. & Sons and city staff argued over who was responsible for delays in the construction of a new sewer lift station, and who should be financially responsible for the holdup. After the project took an extra 69 days to complete, the city asserted it was the fault of the contractor who they claimed was not always prepared, at times not having the needed equipment on site.

On the other side, Lopez says the city’s deficient construction plans and poor coordination with other contractors caused the delays, which Lopez felt he should be compensated for.

“The information they provided was wrong, and the project would not be done today if we had not made changes,” Lopez said.

On Oct. 6, the city council accepted the project as complete “in accordance with the contract, plans, and specifications,” while also approving a fine of $69,000 against Lopez for the delay.

On Nov. 5, city staff informed Lopez of plans to ask the city council to deem his construction company an irresponsible bidder, an action that could seriously harm a 41-year-old family business as Lopez is required to disclose the matter to prospective government clients.

Noting he did not think he was liable for the $69,000 in damages, Lopez agreed to pay the damages, to not bid jobs with the city for five years, and to not sue them for the cost of additional work, in an attempt to protect his company’s reputation, Lopez said.

However, on Nov. 10, the city responded to his offer with a demand for an additional $161,250 for costs they related to the delay, or they would proceed with the public disbarment action. City attorney David Fleishman then warned Lopez’s attorney what losses his client could incur if he failed to agree to their offer.

“While your client may feel he is in the right, from a strictly business standpoint, your client stands to lose a lot more than the $69,000 you have offered here,” Fleishman wrote in an Nov. 12 email to Lopez’s attorney Scott Baker. “The city offer was one of compromise, not ‘extortion,’ as your client put it.”

Baker accused the city of seeking money they were not entitled to without providing supporting documentation, in a possible extortion attempt, according to a Nov. 16 email Baker sent the city.

In response to the extortion allegation, City Manager Jim Lewis said the actions were “taken to protect our residents and ensure projects are done well and cost effectively.”

On Nov. 17, the city council voted 5-0 to disbar V. Lopez Jr. & Sons from doing business with the city for five years. Staff focused on an alleged issue in which Lopez made a round hole in cement for a square drain as an example of their poor work, an issue Lewis said delayed the project’s completion.

“This was one of many issues that led to safety and operational concerns that city staff needed to promptly address to ensure safety,” Lewis said. “This needed to be repaired once it was discovered by the city’s inspector. This was but one of many mistakes that raised safety concerns during the project.

Lopez said workers made a round hole for stability because of the drain’s proximity to a cement wall. Lopez argues that Lewis is incorrect, that the drain hole was not repaired or redone, and as such, it did not delay the project.

“There were never any safety concerns brought up to us during construction,” Lopez said.

On Monday, Baker filed the petition with the SLO County Superior Court asking them to reverse the city’s disbarment of his client.

“If I was a contractor, I would be very concerned with doing business with the city of Pismo Beach,” Baker said.