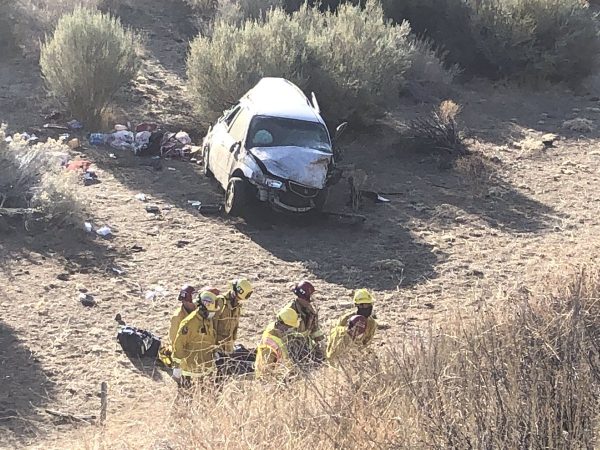 Six people suffered injuries, with one airlifted to the hospital, after a minivan drove off a cliff on Highway 166 in rural San Luis Obispo County on Saturday

Shortly after 2 p.m., the driver of a white minivan attempted to pass another vehicle, when that driver also tried to pass the vehicle in front of them, running the minivan off the highway, according to the CHP. The minivan then went down a cliff 50 feet into the riverbed near Gifford Rancho Road.

There were two adults and four children in the minivan. Two people suffered major injuries, one person suffered moderate injuries and three suffered minor injuries, according to Cal Fire.