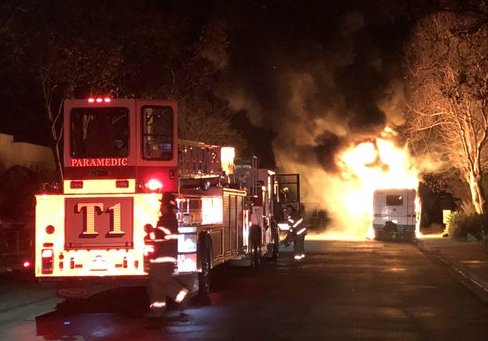 Shortly before 4 a.m., a 911 caller reported an RV parked on Prado Road by Empresa Drive was on fire. SLO firefighters arrived to find the motorhome fully engulfed in flames, according to the city fire department.

It is unclear whether the two adult occupants of the motorhome were inside the vehicle at the time the blaze started. Fire officials say medics assessed one female occupant for smoke inhalation.

The blaze did not pose a significant threat to nearby structures. The Red Cross is assisting the two displaced individuals. 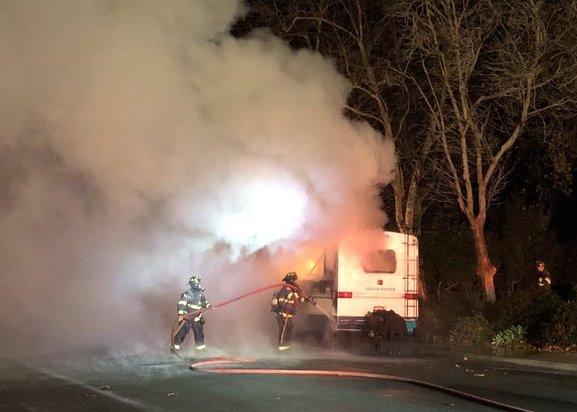