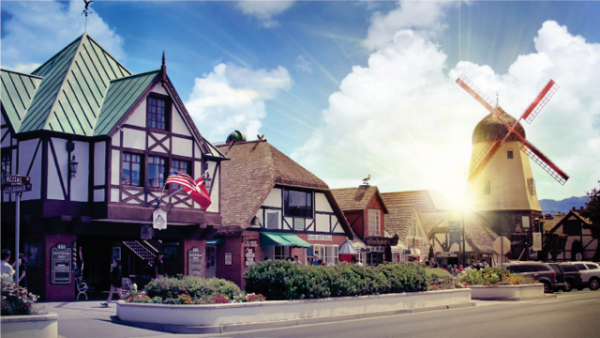 Last week, the Solvang City Council voted 5-0 during an emergency meeting to not abide by the governor’s stay-at-home order. The council vote called for city staff to preserve outdoor dining by repurposing seating outside restaurants as spaces for public use.

The outgoing council also called for maintaining other measures that have allowed businesses to stay open while operating safely. Additionally, the council voted in support of Santa Barbara County potentially leaving the Southern California region and, along with San Luis Obispo and Ventura counties, creating a Central Coast region.

Outgoing Mayor Ryan Toussaint made the motion that led to the unanimous vote to ignore the stay-at-home order.

Then on Monday, a new mayor replaced Toussaint and two new council members were sworn in, as well. The new council majority is urging businesses and residents to comply with the rules set by Newsom’s stay-at-home order.

New Mayor Charlie Uhrig said choosing to not abide by the regional stay-at-home order was not a good decision. Uhrig also said he applauds businesses and restaurants that abide by the rules.

Last week, public officials warned businesses in Solvang they could face citations of up to $5,000 and could have their licenses revoked for up to one year for not complying with coronavirus rules.