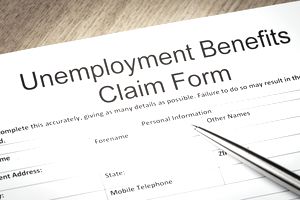 Federal prosecutors charged three California women involved in two unemployment benefit fraud schemes that netted over $400,000. Two of the women were involved with inmate fraud while a third was a former Employment Development Department employee who impersonated a U.S. Senator.

Recorded jail calls and emails show that Thomas and others engaged in “bundling,” that is, they obtained the names, dates of birth, and social security numbers for inmates and relayed that information to Smith. From outside the prison, Smith submitted claims that falsely stated that the inmates had worked within the prescribed period as hairstylists, barbers, and other occupations, and that they were available to work, which was not true because they were incarcerated.

The benefits were loaded onto debit cards and mailed to addresses Smith provided.

Smith kept Thomas’ share in a shoebox awaiting Thomas’ release from prison, while Smith spent a portion of her money on plastic surgery.

If convicted, Thomas and Smith face maximum statutory penalties of 20 years in prison for conspiracy to commit mail fraud, and mandatory and additional two-year prison sentences if convicted of aggravated identity theft.

In the second scheme, Andrea Gervais, 43, of Roseville – a former Employment Development Department employee – allegedly participated in a mail fraud scheme involving approximately 100 fraudulent Pandemic Unemployment Assistance (PUA) claims. According to the criminal complaint, at least 12 of the 100 claims were processed for payment, and over $200,000 in PUA benefits were paid out to Gervais’s Roseville address in the form of Bank of America debit cards.

The investigation began when investigators discovered a PUA claim using the identity of a sitting U.S. Senator for approximately $21,000. This claim was processed for payment, and Gervais received a PUA debit card in the United States Senator’s name.

Bank of America ATM cameras captured Gervais on multiple occasions withdrawing cash from at least seven of the PUA debit cards, and at least one captured transaction showed Gervais using the debit card issued to the United States Senator.

Gervais was arrested on federal complaint on Tuesday. If convicted, Gervais faces a maximum statutory penalty of 20 years in prison for mail fraud. Each defendant also faces a maximum fine of $250,000 on each count.