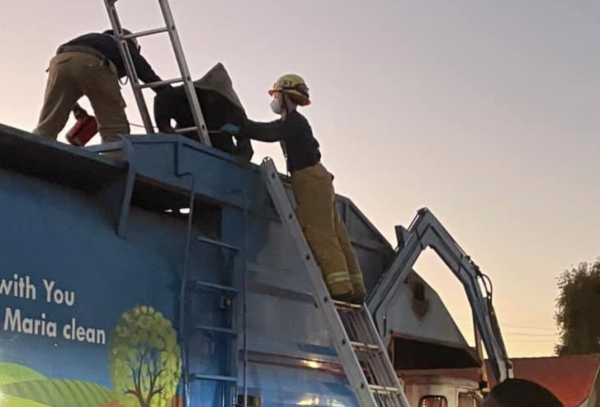 Buried in a pile of trash, he was being hauled away en route to the landfill, but then Santa Maria firefighters came to his rescue.

A man who was inside a dumpster in Santa Maria became trapped in a garbage truck after the dumpster was emptied into the receptacle of the trash-hauling vehicle Friday night. [KCOY]

Once trapped, the man started calling out from inside the back of the garbage truck. The driver of the truck heard the man’s calls, and the the Santa Maria Fire Department was alerted.

Firefighters made their way to the garbage truck and set up ladders and a rope. They then lifted the man out of the trash truck.

The man did not suffer any injuries while being dumped or transported in the trash truck. 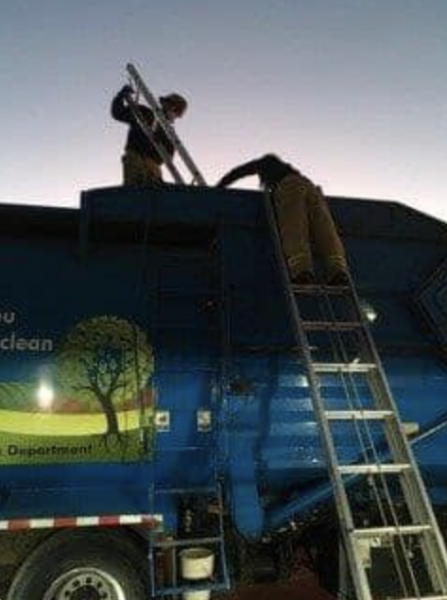