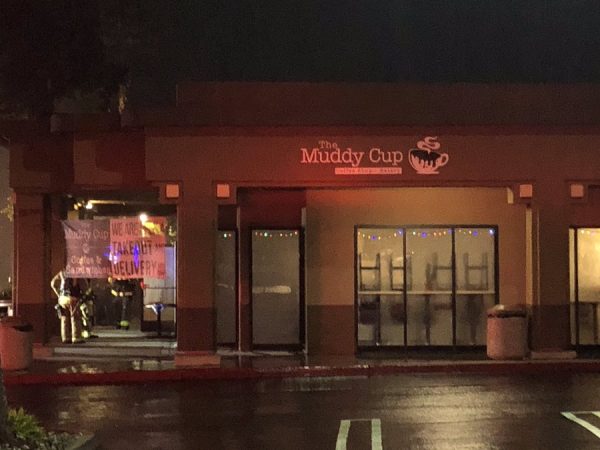 A fire broke out at The Muddy Cup coffee shop in San Luis Obispo Sunday evening, with the building sustaining limited damage.

Shortly after 8 p.m., a 911 caller reported a blaze started at The Muddy Cup, which is located at 12300 Los Osos Valley Road. Firefighters arrived at the coffee shop to find light smoke and sprinkler water flowing. The sprinklers largely kept the fire in check prior to the arrival of firefighters, according to the San Luis Obispo Fire Department.

Firefighters knocked down the blaze and conducted overhaul operations. The cause of the fire remains under investigation.

“The sprinklers tonight saved the building from suffering extensive damage by giving fire crews critical time to respond and extinguish the fire,” the SLO Fire Department stated in a tweet. 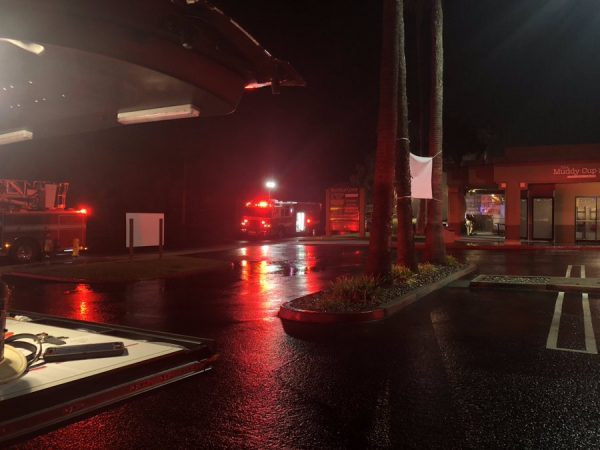