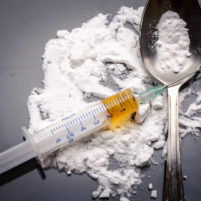 The San Luis Obispo County Sheriff-Coroner’s Office reported a record number of deaths from drug overdoses in 2020, according to the Paso Robles Daily News.

During the past year, at least 57 people died from drug overdoses in SLO County, and likely more. The coroner is currently investigating an additional 19 deaths as possible overdoses, which could raise the total number of deaths from overdoses to 76.

Locally and throughout the nation, opiates such as heroin and fentanyl have led to the majority of fatal overdoses.

In response to the surge in drug overdoses, the CDC provided the following strategies for medical personnel and others to reduce deaths.