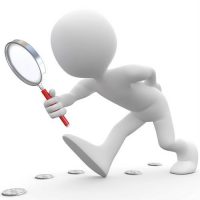 Allegations that the district had failed to seek bids for contract work began circulating through the community in 2017. Area residents and local activists asked both San Simeon officials and SLO County Counsel to look into the district’s alleged failures to put large contracts out to bid. However, public officials rebuffed their attempts.

San Simeon CSD began applying for grants for upgrades on its water system in 2016. Two years later, during a June 18, 2018 San Simeon CSD Board meeting, district manager Charles Grace asked the board to approve a $225,960 no-bid contract.

The contract, for engineering and design of a potable water reservoir, would go to Phoenix Engineering, according to the minutes of the meeting. The board voted unanimously to approve Grace’s request.

During public meetings, residents complained that the district had failed to comply with Governments Code 4529.12, that “all architectural and engineering services shall be procured pursuant to a fair, competitive selection process.” San Simeon CSD officials replied that the contract was not for engineering or design, but for professional services, allowing them to sole source the work.

Before the board meeting, San Simeon resident Henry Krzciuk reached out to the State Controllers Office for clarification of the bidding requirement. State Policy Analyst Alexandria Green noted in an email that even if the contract was for professional services and not for engineering or design, it would still have to go out to bid if the cost exceeded $45,000. In this case, the contract was for $225,960.

SLO County became involved in July 2019, when it entered into an agreement with the San Simeon CSD to administer and distribute the grant. The agreement was approved by SLO County Counsel Rita Neal.

Krzciuk then asked Neal to investigate the awarding of the no-bid contract. He forwarded the email from the State Controllers Office about the requirement to put contracts for professionals service over $45,000 out to bid while noting district legal counsel Natalie Frye Laacke and Jeffrey Minnery had supported the decision not to put the contract out to bid, according to the Sept. 30, 2020 letter to Neal. Minnery and Frye Laacke are members of the law firm of Adamski, Moroski, Madden, Cumberland & Green.

“There is no evidence of a fair, competitive selection process for this engineering work as required by the grant agreement and state law,” Krzciuk wrote in the letter. “Multiple objections to this sole-sourcing are on record.”

“In reviewing the information, it appears that you disagree with the legal interpretation made by the attorney for the San Simeon CSD as well as the information provided to you by the State Controller’s Office,” Neal wrote, making it appear the state agreed with Minnery.

Krzciuk turned to the State Department of Water Resources, which had provided the grant, to investigate the failure to bid the contract. That resulted in the state ordering the county, as administrator of the grant, to conduct an investigation.

On Dec. 21, the county ordered the district to respond to a lengthy list of questions and records requests regarding three state grants the state approved in the past four years, according to a letter from John Diodati, SLO County’s interim public works director. In addition to asking questions about the district’s lack of a competitive bidding process, the county’s questions also appear to focus on the factors that led up to the San Simeon CSD building its water treatment facility on the Hearst Ranch without an easement.

The county’s six-page information inquiry spotlights three state Integrated Regional Water Management grants for $362,431, $177,750 and $500,000. One of which was awarded based on San Simeon’s disadvantaged community status.

San Simeon CSD officials have until Jan. 20, 2021 to comply with the county’s request for information.