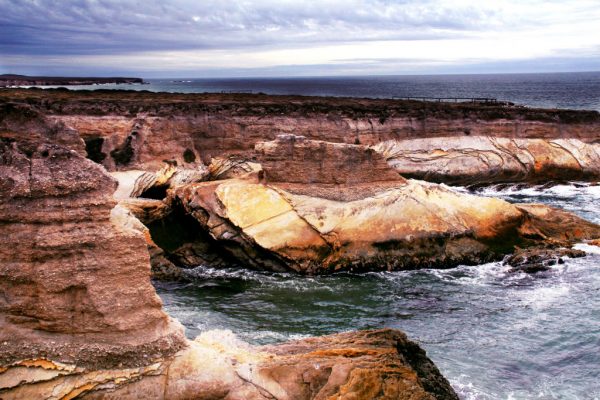 Emergency personnel rescued a man who fell off a cliff at Montana de Oro State Park on Sunday.

Shortly before 4 p.m., a 26-year-old man was walking on a cliff ledge near Corallina Cove when he slipped on some mud and fell 12 to14 feet, landing on sand, according to KSBY. Cal Fire personnel and state parks rangers arrived at the scene and hoisted the man up the cliff.

The man suffered a minor injury to his finger. Responders assessed him for hypothermia as a precautionary measure.

Officials are reminding the public to be careful when walking on or close to cliffs and bluffs.