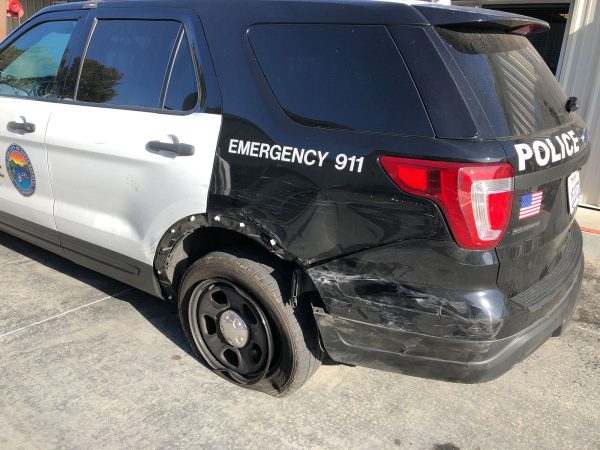 A DUI driver slammed into two patrol vehicles as officers were investigating a shooting in Santa Barbara Monday night, according to the city’s police department.

Shortly after 9 p.m., a 911 caller reported shots fired by the intersection of Arrellaga and Castillo Streets. Officers arrived at the scene and found evidence of a shooting, though no one had suffered injuries, police said.

Amid the shooting investigation, an intoxicated driver was speeding south on Castillo Street and slammed into a police vehicle that was parked on the right shoulder of the road. The driver’s vehicle bounced off one patrol vehicle and then broadsided another.

Neither police vehicle was occupied at the time of the crash.

Officers arrested the driver, whom they identified as Jacob Milem, 20.

The shooting was the second in two days in Santa Barbara. A shooting on Sunday evening near the corner of Liberty and Canada streets left two victims dead and two others injured.