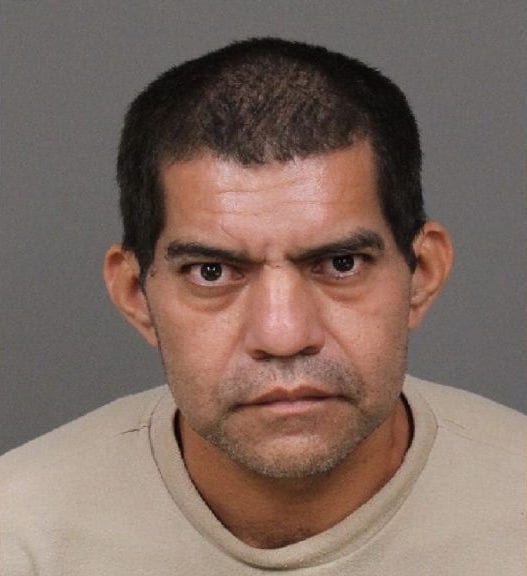 A man who had been on the run for nearly six years was sentenced Monday to 24 years and eight months in prison for his involvement in the 2013 shooting death of 37-year-old Victor Hugo Sanchez of Paso Robles.

On November 30, David Rodriguez Hernandez, 44, was convicted by plea of conspiracy, robbery, assault with a deadly weapon and voluntary manslaughter. Hernandez also admitted to using a firearm during the homicide.

Hernandez escaped to Mexico with his wife following the Feb. 2013 killing of 37-year-old Victor Sanchez, who fell victim to a jealous lover’s plot that unexpectedly turned fatal. The jealous lover, Maria Fajardo, was convicted in Dec. 2014 of second-degree murder in the death of Sanchez, who was her ex-boyfriend.

Fajardo allegedly paid Hernandez to have Sanchez brutally injured on multiple occasions after he became entangled with other women. In one instance, assailants beat Sanchez with a tire iron, leaving him hospitalized with broken bones and facial injuries.

Then in Feb. 2013, assailants tasked with shooting Sanchez in the knee ended up killing him. Investigators alleged that Hernandez participated in both attacks and recruited three teens to shoot Sanchez.

After the assailants ended up killing Sanchez, Hernandez fled to Mexico with his wife, Christine Garner. Mexican authorities arrested Garner, but Hernandez evaded capture until this year.

Garner, who was convicted of multiple crimes in the case, testified during Fajardo’s trial in exchange for a reduced sentence of 21 years to life in prison. Garner said that Fajardo paid her and her husband to injure Sanchez on two occasions. Fajardo was unsatisfied with the damage inflicted in the initial attack on Sanchez, so she paid to have him shot in the kneecaps, Garner testified.

There are three people who were allegedly involved in Sanchez’ murder still on the run: Edgar Ontiveros, Louis Henry Madrigal and Alejandro Benjamin Anguiano.

The San Luis Obispo District Attorney’s Office is seeking the public’s assistance in locating these fugitives. Investigators are asking anyone with information to call (805) 781-4171.