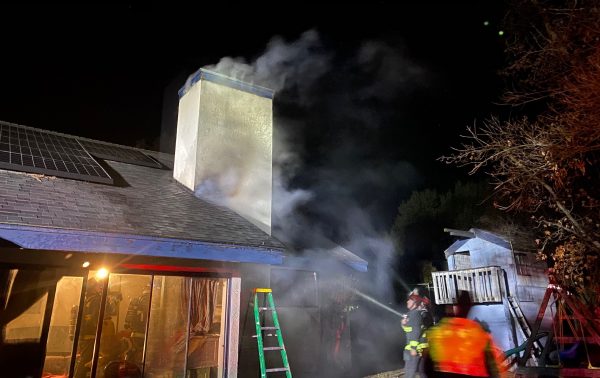 Fires broke out at two houses in Atascadero on Monday, with one in the early morning and the other in the afternoon.

Shortly before 3:30 a.m., a caller reported a chimney fire at a house in the 7700 block of Aurora Road. The family living at the home were able to get out safely, according to the Atascadero Fire Department.

Firefighters found the home filled with smoke with the fire confined to the chimney. They quickly extinguished the blaze.

Then at about 4:25 p.m., a caller reported a fire at a residential property in the 7400 block of Santa Ysabel Avenue. Firefighters arrived to find a fence and the exterior of a carport burning.

Fire personnel quickly extinguished the blaze. Crews remained at the scene for about an hour.

No one suffered injuries as a result of either fire.