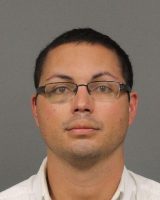 A serial stalker who one year ago received a nearly five-year sentence will likely be released from prison in April.

Josiah James Johnstone, 36, of Atascadero, stalked, harassed and threatened multiple women. He was convicted of charges of stalking and criminal threats and sentenced to four years and eight months in state prison.

In 2019, while out on bond, Johnstone did not show up for his sentencing hearing, prompting a judge to issue a warrant.

Johnstone, who is currently serving time at Wasco State Prison, is eligible for parole in April, according to the California Department of Corrections and Rehabilitation (CDCR).

The New Times reports Johnstone will not be required to go through a parole hearing.

Prior to entering prison, Johnstone collected 280 days of pre-sentence credits and 18 days of post-sentencing credits for time served in jail. In July 2020, Johnstone earned 84 days of positive programming credits as part of a statewide effort to reduce prison populations during the pandemic.

Johnstone may have also earned an undisclosed number of credits for good behavior behind bars. He is eligible for behavior credits because the state prison system classifies him as a minimum-custody offender.

If Johnstone gets out of prison in April, he will likely be on probation for three years and will be ordered for 10 years to stay away from the women involved in his case, as well as their families.