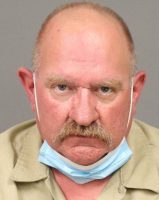 Thomas, who is currently charged with a misdemeanor count of sexual battery, retired quietly from Cal Fire San Luis Obispo County four days after being arrested.

On Dec. 9, Carrie Young, the assistant to Cal Fire Battalion Chief Paul Provence for the South Bay’s Station 15, reported the alleged sexual battery to her boss. Immediately afterwards, sheriff’s deputies were brought to investigate the incident.

Investigators arranged for Young to call Thomas. During the call, with investigators on the line, Thomas admitted to the conduct, Young said.

Deputies arrested Thomas and booked him in the San Luis Obispo County Jail at about 11:45 p.m. on Dec. 14. He was released from custody before midnight on Dec. 16.

Young said she is “pissed” that Thomas was able to retire quietly from Cal Fire, but she thinks the way her allegations were taken seriously by Provence and her station’s command staff set an example for how agencies should handle similar situations. It was a complete shock that something like that could happen in a such a safe place, Young said.

SLO County prosecutors charged Thomas on Wednesday. Thomas is scheduled to appear in court for his arraignment Thursday morning.

If convicted of misdemeanor sexual battery, Thomas faces a maximum sentence of six months in county jail and a $1,000 fine.