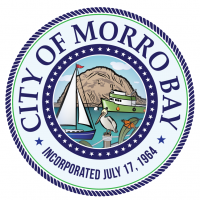 The Morro Bay City Council voted unanimously at a special meeting Thursday to send a letter to federal offices and other elected officials supporting the impeachment of President Donald Trump and his removal from office.

A draft of the letter calls for Trump’s immediate removal from office for inciting violence against the United States government and the Capitol on Jan. 6.

“Donald Trump’s bid to overturn the results of the free and fair election that he lost cannot be met with silence,” the draft letter states. “Our democracy belongs to the people and we all — Republicans, Democrats, independents and members of other political parties — must strive to protect it. Thus, it is imperative that we hold those who violently attacked our Capitol, and who promoted such attacks, responsible.

“We join other local, state and federal leaders to support this effort for the sake of our democracy, the very democracy that provides us the privilege to serve.”

Earlier this week, the House of Representatives voted 232-197 to impeach Trump on the charge of incitement of insurrection. President-elect Joe Biden’s inauguration is on Jan. 20.