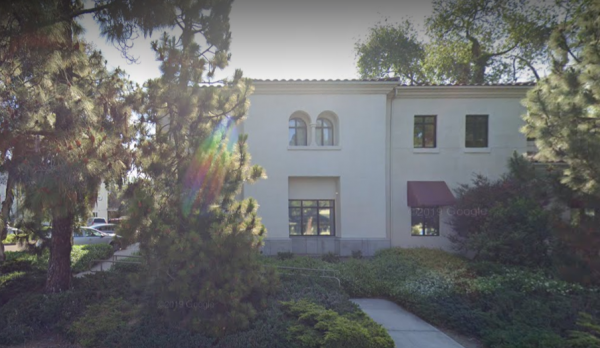 State prosecutors filed an accusation against Russ Levitan M.D., an anesthesiologist with offices in San Luis Obispo, Atascadero and Santa Maria, for negligence in his prescribing of narcotics, according to an accusation from the Attorney General of California.

The 2020 investigation focused on the treatment of three patients. If found guilty, Levitan faces probation, or having his license suspended or revoked.

In their allegation, prosecutors listed the patients by A, B or C to protect their confidentiality.

In Aug. 1, 2014, Patient A went to Levitan for treatment of body pain and headaches. Levitan was already prescribing oxycodone, methadone, morphine, clonezepam, promethazine and klonipin to Patient A at the time.

On Aug. 19, 2016, Levitan had Patient A take a urine drug screen, that came back showing the patient was not taking the morphine, despite her high-dose prescription, according to the accusation. A urine test conducted a month later was negative for oxycodone, again despite the patient’s claim she was taking high doses daily.

“Despite repeated failed urine toxicology tests, Levitan did not alter his prescribing,” according to the accusation.

Levitan’s prescriptions to Patient A in March and April 2016

Patient B began seeing Levitan for pain in July 2014, and similar to Patient A, Levitan prescribed multiple narcotics. In Jan. 2017, Levitan began prescribing Patient B’s cardiac medication, even though he is not a cardiologist. 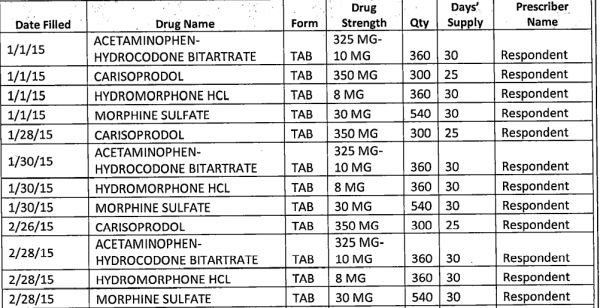 Levitan’s prescriptions to Patient B in Jan. and Feb 2015

On Jan. 17, 2017, Patient C told Levitan she had been hospitalized after blacking out for three days. Levitan slightly reduced two medications, while failing to add the hospital records to Patient C’s file, according to the accusation.

Levitan’s prescriptions to Patient C in Sept. and Oct. 2015

At that time, Patient C took a urine test that showed no amphetamine, even though the patient was allegedly taking phentermine daily. Another drug test on May 24, 2017, was negative for amphetamine and oxycodone, even though Patient C had a daily prescription for both drugs.

Because of Levitan’s alleged prescribing of narcotics after failed urine tests, prescribing of high-levels of narcotics and failures to document justification for the high doses, the state has accused Levitan of neglect. Levitan did not respond to a request for comment.