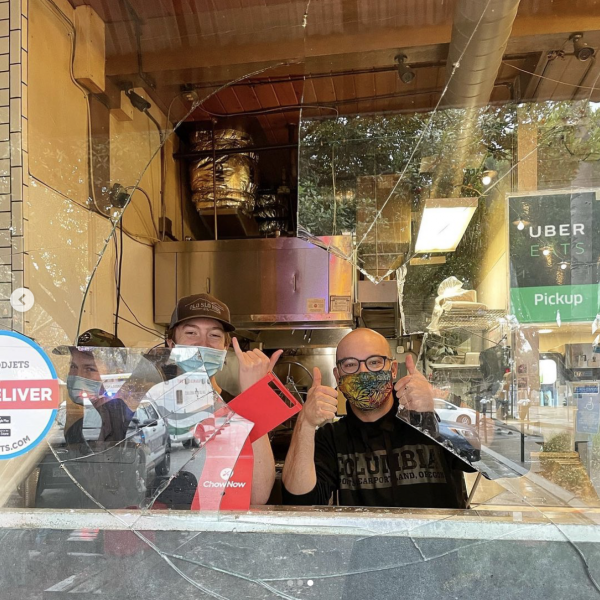 An allegedly intoxicated man smashed the window of Old San Luis BBQ in downtown San Luis Obispo on Friday. The restaurant then posted photos of the broken window on Instagram.

“When you kindly tell the man smoking and drinking in front of your restaurant that he needs to move his party elsewhere… How’s your day going so far??” Old San Luis BBQ stated in the Instagram post.

The Tribune reports a homeless man was sitting on a bench in front of the restaurant with a gas can. The man was smoking and drinking vodka.

Twice, the Old San Luis BBQ manager asked the man to move and told him, if he did not, the restaurant would call the police.

After the warning, the man became volatile and started yelling, cursing and thrashing against the business. The man banged on the window with his fist, then head-butted it. His fist then went through the window, shattering the glass.

Medics treated the man at the scene before officers took him to jail.