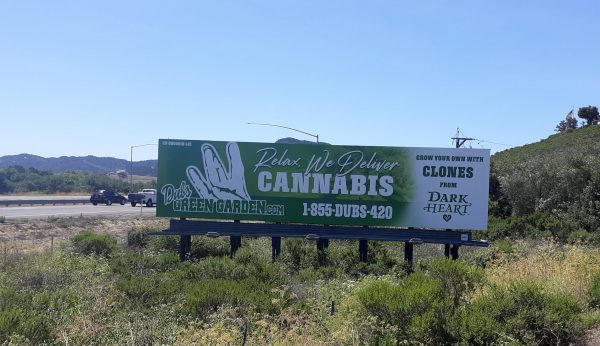 Laws permit attorneys who undertake public interest cases to request attorney’s fees if they win the case. If they lose, they would get nothing.

Following brief negotiations with public interest attorneys Saro Rizzo and Stewart Jenkins, the Bureau of Cannabis Control stipulated it would pay $150,000 to Rizzo and Jenkins and $1,238 in costs.

Rizzo and Jenkins filed their suit in 2019 on behalf of Matthew Farmer, a San Luis Obispo father of two children, after billboards popped up on Highway 101. The  attorneys accused the Bureau of Cannabis Control of adopting a regulation that eviscerated the absolute ban on billboards promoting marijuana on highways that cross state borders.

Proposition 64 required that the state prioritize the protection of children and the public from advertising that could induce early and frequent pot use.

The bureau unsuccessfully sought to dismiss the case claiming the issue of billboard legality was not ripe, and that as a mere citizen Farmer had no standing to challenge the bureau’s regulation. The Bureau argued it was “clarifying” Proposition 64.

Judge Garrett did not agree.