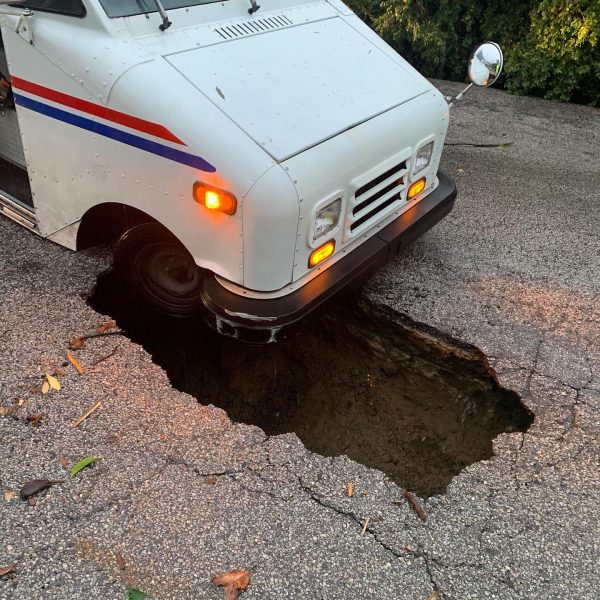 A mailman drove a United States Postal Service truck into a sinkhole in San Luis Obispo on Thursday.

The result of heavy rain, the sinkhole appeared at the dead-end on Olive Street just past the Homestead Motel, according to the San Luis Obispo Police Department. The sinkhole was about six feet wide and five feet deep.

Police officers and a public works crew came out to the scene, and workers repaired the street. The mailman did not suffer any injuries.

In addition to the sinkhole in SLO, this week’s storm also created a larger sinkhole in North County between Paso Robles and San Miguel.