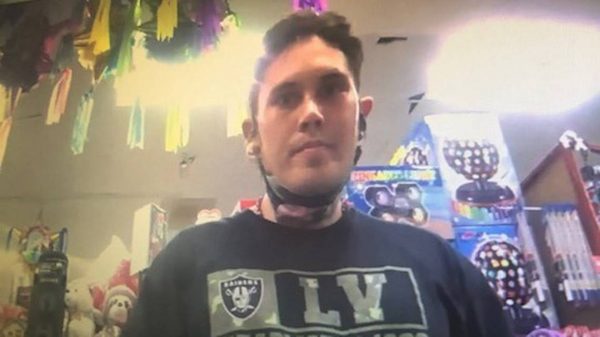 The San Luis Obispo County Sheriff’s Office is asking the public to help identify a man suspected of stealing a check out of a mailbox last month and then cashing it.

Sometime between Dec. 15 and Dec. 20, a thief pilfered a mailbox in the 1400 block of Old Oak Park Road in rural Arroyo Grande. Investigators believe the suspect is associated with multiple thefts from mailboxes in SLO County.

Then on Dec. 23, a male suspect fraudulently cashed a stolen check at the Guadalajara Meat Market in Grover Beach.

Investigators describe the suspect as an adult male between 18 and 25 years old, with a medium build and dark hair. He was wearing a black ball cap with the letters “SF” and a black T-shirt with the Raiders football team logo and letters “LV ESTABLISHED 1960 RAIDERS FOOTBALL” in camouflage lettering on the front.

Deputies are asking anyone who can identify the suspect to contact the sheriff’s office at (805) 781-4550.