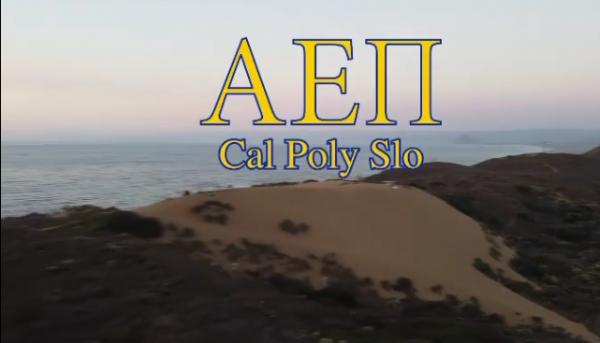 Cal Poly students found swastikas and other anti-Semitic graffiti in front of and on a Jewish fraternity house — Alpha Epsilon Pi — on Friday.

The vandals damaged the fraternity on the Shabbat, a Jewish holy day that starts before sunset on Friday and lasts through nightfall on Saturday. It is a holy day of rest and remembrance.

“Last week, on January 27, we honored the memory of the 6 million Jews who perished and others affected by the Holocaust,” the fraternity posted on Instagram. “Unfortunately, in 2021, antisemitism is still the number one cause of hate crimes in the United States.

“This morning, a hateful group of people committed an antisemitic hate crime on our chapter house. We awoke to multiple swastikas and antisemitic statements spray-painted on and in front of our house. This was targeted at us, as the Jewish fraternity, and we would like to let the world know we do not tolerate or condone this behavior.

“Our chapter and the entire San Luis Obispo Jewish community stand together proudly against those who are uneducated and who encourage hateful acts.”

On Saturday, campus administrators met with members of the fraternity and the Jewish community to offer their support, according to a letter from the Cal Poly Office of the President.

“The residents of that house have begun to clean and repair the damage,” the letter says. “While the visible scars may fade away, the emotional scars will last much longer. As members of the community, we are struggling to comprehend the heinous nature of this crime, alongside our Jewish community.”