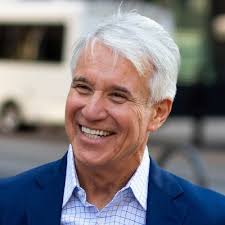 A judge ruled on Monday against Los Angeles District Attorney George Gascón’s policy of restricting the use of sentencing enhancements because it violates California law.

The Los Angeles County Association of Deputy District Attorney’s filed a civil lawsuit against Gascón over his progressive reform policies aimed at barring enhancements that lead to longer sentences for convicted felons and gang members. Policies that Gascón finds “steeped in systemic racism.”

“The court ruled that the district attorney’s policy violate the law to benefit criminal defendants and ordered him to comply with the law,” the union said in a statement. “This ruling protects the communities which are disproportionately affected by higher crime rates and those who are victimized.”

Early in his term, Gascón laid out his plans to change three-strike and enhancement policies, end the death penalty and to stop the use of cash bail for misdemeanor and most non-violent felonies. A short time later, he resided his order barring prosecutors from seeking sentencing enhancements in hate crime and child and elder abuse cases.

While Gascón plans to file an appeal, in the interim he said he will comply with the judge’s ruling.

“My directives are a product of the will of the people, including survivors of crime, and a substantial body of research that shows this modern approach will advance community safety,” Gascón wrote in a statement. “We can no longer afford – morally, socially or economically – to justify tough-on-crime policies in the name of victims when a majority of the survivor community supports rehabilitation over excessive sentences. The long-term health and safety of our community depend on it.”