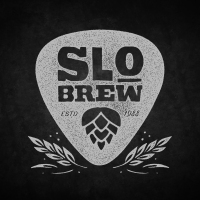 After more than three decades of operating in downtown San Luis Obispo, SLO Brew is permanently closing its central establishment.

The Carrisa by SLO Brew is closing in large part because of coronavirus business restrictions. The downtown restaurant and bar had been temporarily closed during the stay-at-home order, but its owners now say it will not be reopening.

Co-owner Hamish Marshall said he decided to consolidate resources and focus on the SLO Brew Rock location near the San Luis Obispo airport, as well as the Rod & Hammer’s distillery.